As the last important competitions of the season, the JEC in Switzerland was a real highlight of the programme.  With a sprint relay, a middle distance and a mass start long distance in challenging terrain around Villars-sur-Ollon in the Lower Valais, a spectacular competition weekend was offered.

In the sprint relay I was unfortunately below my expectations.  The daily form was not good and I made some small mistakes. It wasn't bad, but a little disappointment.  But my teammates showed a very strong performance and so we classified ourselves as the second best Swiss team in fifth place.

The next day we continued with the middle distance. After an uncertainty to the first control, where I already lost a few seconds, I started well with a fast route to the second control. The race was definitely not technically perfect, but I was able to keep the mistakes small and I managed a very good physical and coordinative performance in the very rough and steep Valais slope and classified me in the top ten with seventh place. I missed the podium by a bit more than a minute.  This result gave me a lot of pleasure and shows that I can keep up with the extended top on a good day.

At the end there was a real treat waiting for us. A mass start on the legendary Col de la Bretaye. In a technically challenging area we first ran 2.5 loops before we went on to an unforked final part. The atmosphere at the start passage was enormously great and we came back to the forest loaded with adrenaline. With one slope I had a lot of trouble and I lost a lot of time on the first two loops there. However, the terrain was really challenging and only a few of them made no mistakes. With Andrin Gründler and the Finn Aaro Aho I came from the forked part to the unforked final lap. At this point we were on positions 5-7. The last control was a long route choice with a forbidden area on the best route. This forbidden area then unfortunately became the main topic of conversation. If you want to read what happened and what went wrong, you can read the report of the course setter Térence Risse here. Therefore, there is no final result. You can choose between 3rd, 6th and 7th (officially 6th). I do not mourn the podium rank, but I find it personally a very incomprehensible decision of the head coaches.  My performance and my result, no matter how you judge it, was great and I am very proud of it. Running into the top ten twice is a perfect end to the season. 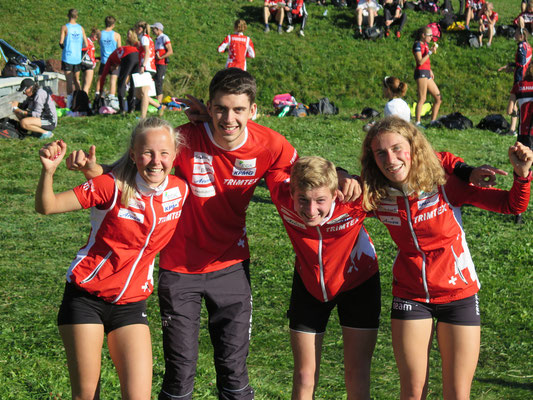 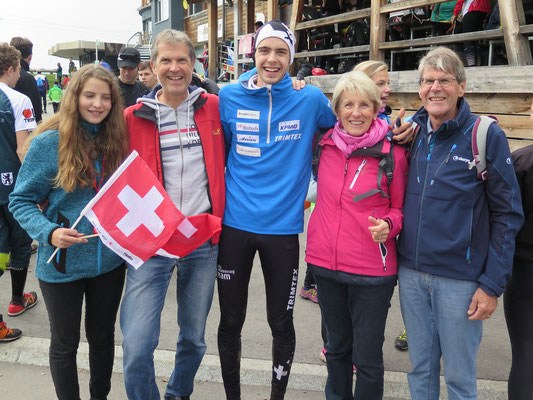 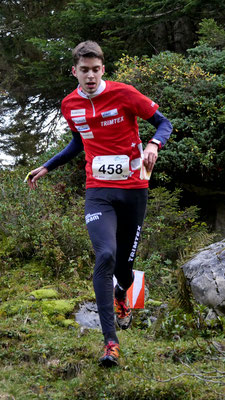 There was a good reason why I didn't get into a "no energy phase after an important competition" this time. Only a few days later I drove my red VW Golf north. For the winter I'm training in Stockholm with my Swedish club Järla Orientering. On the way there I trained a few days with my father in Silkeborg (DK).  There the Junior World Championships will take place next year and so I was able to get used to the terrain for the first time and gain my first experience. Then it was only one day trip to Stockholm. I live here in Nacka with Anna and Fredrik Brandhorst in a big red house right at the edge of a forest and at a lake. Perfect cliché :)  The terrain is mostly flat or slightly hilly and quite fast to run. The rock plate hills and the many lakes and small swamps make it dreamlike beautiful. 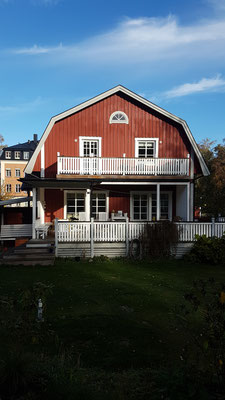 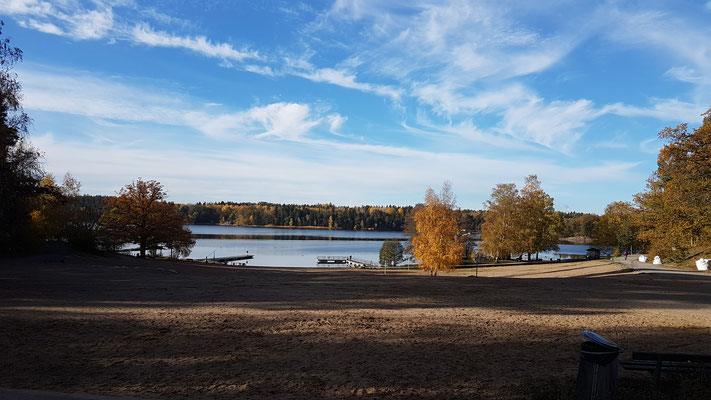 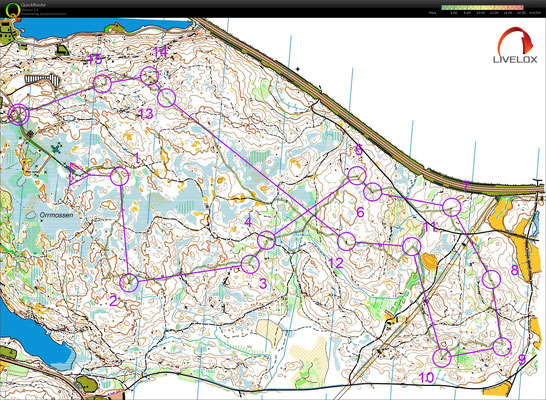 Normally I would probably have taken a break from training after the JEC. But in Sweden I wanted to use the snow free time as much as possible to work on my technique and then did more orienteering than ever before outside a training camp. The terrain is very challenging and I first had to get used to the fact that running without mistakes is definitely not normal here and I shouldn't get on my nerves when I'm standing in a swamp somewhere and everything just looks the same. There were also always quite nice flow moments. What could be nicer than running over the rock plate hills at high speed with the sun on your face and expecting the control exactly where it is?

As the first bigger competition I ran at the Smålandskavlen, a 5er relay in southern Sweden. The first two legs took place on Saturday at night, the next morning we continued with a hunting start. I ran the first course for the second team from Järla and I managed a very good run. I lost the leading group at the last forking, but I could keep the gap small with 48s and handed it over to Dan Wester with good teams. It was a lot of fun to run in this huge group and with some prominent names.

The first two races of the race series "Mila by Night", which is held in this form, also showed that I like the night-o mass start very much at the moment. In both races I finished 6th, but especially in the second race I didn't have a lot of card contact, because Jens Rönnols, Gustav Bergman or Simon Hector kept the pace very high.

Besides the training I go to a language school to learn at least some Swedish. The daily 2 hours in the morning give me a good structure and it is a lot of fun.  Even if I can't really communicate well yet, I mostly understand the context and even very simple conversations are often possible. 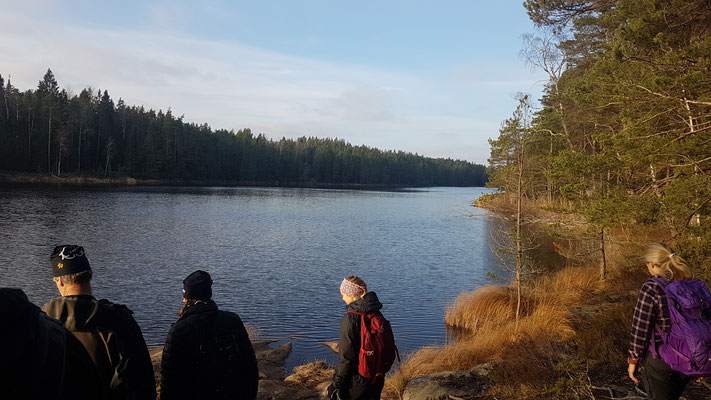 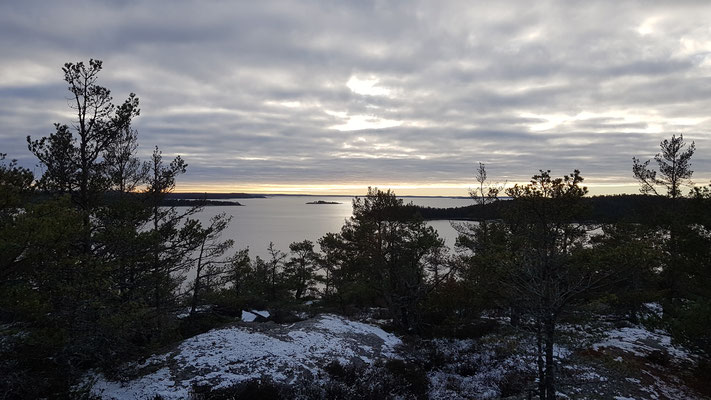 But it is still important for me to mention that it is not just fun and happiness as it might seem. When I look back, it's mostly the positive things that come to mind and it's more fun to report about great things. But I think it's important to report about negative aspects as well. I had to realize that the sole focus on orienteering is not as much fun as I expected and hoped. I believed that my daily training would fill me and that I would appreciate investing so much time in my passion. But I had to admit that I am not that type of athlete at the moment and I am convinced that at least for now it is better for me to have a second challenge in life for which I can motivate myself and where not everything depends on sport. I found this in a study of economics, which I will start in Basel in mid-February. I always considered studying to be more of a necessity, but fortunately this experience changes this and gives me a lot of motivation. I will have my first year of studies in 1.5 years, which will hopefully give me enough time to devote myself to sport. This course is also very flexible, which suits me well. But it means that I have to say goodbye to Stocholm a little earlier and go home in February instead of April or May. 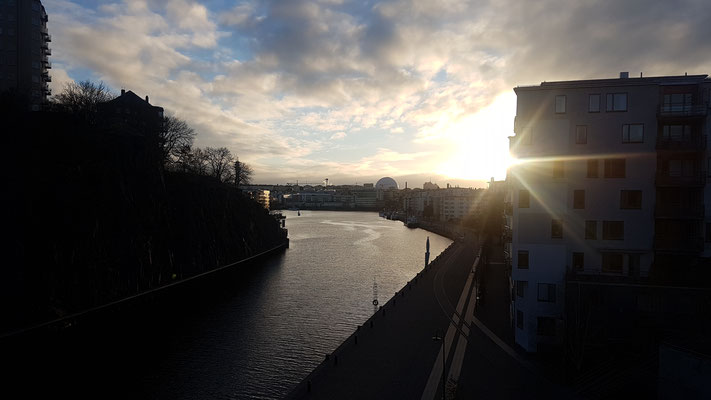 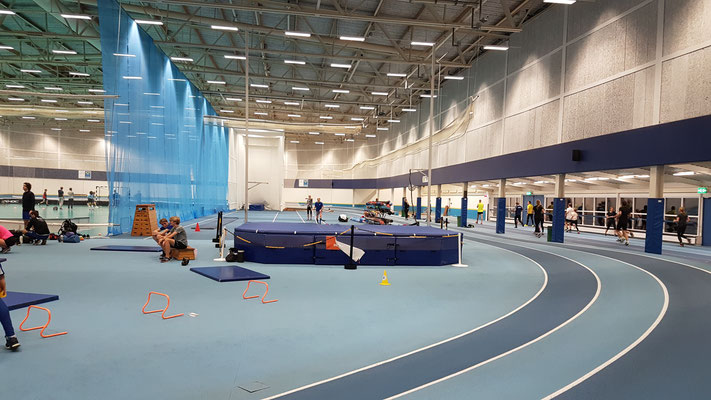 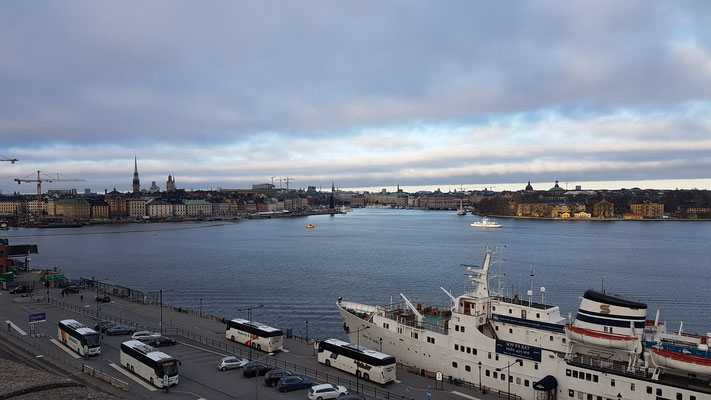 At the end of November I made up for the training break and started the winter training at the beginning of December. During the training break I had a lot of time to think about my season, to evaluate it and to make the plan for next year.  It was definitely one of my best. I am very happy about what I was able to achieve this year and take it with me as a great motivation for the perhaps also difficult days in winter training. The Swiss championship title over the long distance, the selection for the Junior World Championships and the three top ten results at the end of the season at the JEC are great highlights.

The fact that all this was possible is based on the support of many people and institutions. For the financial support I would like to thank the Basel ist Sport Foundation, the Rennbahnklinik, Swisslos Baselland, the Gönnerverein OLV Baselland and our own patrons! A very important role was played by Anders Holmberg, who stood by me as my personal coach, challenged me and helped me with a lot of advice. Also I would like to thank the responsible persons of the national junior squad, especially Jonas Geissbühler, the NWK NWS, the OLV Baselland and Järla Orientering! Also a big thanks to my family, my friends and everyone who accompanied me in some way this year!